Shelters from across the United States will compete to raise the most for the pets in their care!

Support your favorite shelter to help each raise money to support their mission as they compete in the March Muttness™ championship.

The brackets will be updated throughout the tournament until two champions emerge for the final showdown in March Muttness™!

Last year March Muttness™ raised thousands of dollars for participating shelters! You can follow a running total of each shelter’s total fundraising and how your favorite shelter is doing in the competition at www.marchmuttness.org

The tournament will start on February 27th 10am EST with the Warm Up Round.  Here is the schedule (all rounds start at 10am EST and end at 10pm EST):

Here is the Warm Up Round link for Bellwether Harbor: https://support.hssaz.org/campaign/2021-march-muttness-bellwether-harbor-thrilling-32/c329156 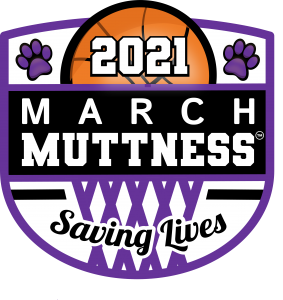