Clyde was transferred to Bellwether Harbor in March of 2020 from another shelter. He was originally brought in with his sister, Bonnie, who was quickly adopted due to her outgoing and bubbly personality. Without Bonnie’s companionship Clyde quickly deteriorated to the extent that he became severely afraid of people. He would not approach people, wouldn’t allow them to put a leash on to go outside, and would often leave his food uneaten. He crouched in the corner of his kennel, afraid of the world. Staff at his previous shelter believed that we could give him the time and training he needed to be more confident.

Upon arrival we saw all of the trauma that he had experienced in his past. It was clear to us that Clyde had lived a hard life and didn’t trust the people around him. The one thing he did love, however, was dogs. At the first wiff of another pooch Clyde began to hop around in excitement but would quickly flinch if he saw us watching him.

Clyde’s timing couldn’t have been more perfect for us. Shortly after his intake Bellwether and most other places shut down due to the COVID-19 pandemic. While we may not have been welcoming the public into the shelter, this shutdown allowed us more time to socialize with Clyde and learn everything there was to know about him. It took a little while, but we soon started to see Clyde transform into his happy, goofy self. He enjoyed being outside in the grass, sniffing along the edges of our pond. He didn’t travel far from us but if given a startle he would still try to hide. He still had a long way to go.

A few months after his arrival the shelter began our slow transition to reopening. By now Clyde had been neutered, microchipped, and through obedience training. He was still startled by quick movements but he found his favorite people and stuck by them constantly. Soon, a family applied for his adoption and we began the introductions between him and the family’s older dog. Clyde couldn’t contain his excitement to be with another dog and, to our surprise, quickly attached himself to his new people. It was the perfect match.

On June 6, 2020 Clyde was finally adopted into his new family with a dog and cats that he would play with all day.

Five days later Clyde went missing from his home. Scared by something in his front yard he slipped away from his owners and disappeared into the woods surrounding his home. Bellwether staff, along with neighbors and their dogs, searched the woods for several days in search of Clyde. Flyers were handed out, posts made on social media, rewards listed, and drones flown. Clyde has still not been found.

We still hold out hope that Clyde will come home or that he has been found and is being taken care of. If you have seen Clyde or know anything about where he may be, please call the shelter at 231-924-9230 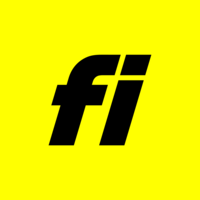 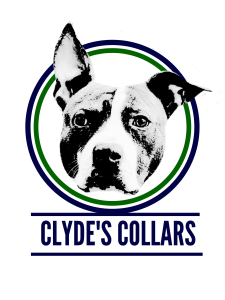